Midsummer, also known as Litha, is the time of the year when the days are longest and the nights shortest. The colors of the season are red and gold, representing heat and ripe fruit, and fruit is eaten in thanks.

In Australia the Sturt Desert Pea is a sacred flower of this time. Litha falls in the dry stifling heat of summer in the southern part of our land, but in the north, Litha falls in the hot, wet season, and represents fruitfulness.

Due to fire restrictions in Australia throughout summer, celebrations for this Sabbat tend to be quite different from those those throughout the rest of the year. No candles can be lit, no cauldrons burned, and no open flames are allowed throughout much of the country.

This means that we seek other ways of marking the quarters. One method is to make staffs for the Quarter Priest/esses to hold and brandish as the Elements are called in. Light sources include battery-operated torches that can be covered in colored cellophane to produce different colored light applicable to the various Elements. The cauldron can be replaced with a glass bowl of water, filled with rosewater and seashells, symbolising the importance of water to Australian Witches at this time. Garlands for our hair, wreaths to carry and use in ritual, and light, casual clothing are all a part of Midsummer celebrations.

Midsummer falls on the summer solstice, which is the longest day of the year, and a time of joy and strength for the light. This holiday celebrates the Sun King in all his glory, who can be identified amongst others as Mithras, the Bull God and Jesus Christ in Christian belief. In Pagan celebrations in northern Europe, this is the time when the Oak King, representing the waxing year, is cast down by the Holly King, representing the waning year. The two are aspects of the one: the Oak King is the growing youth while the Holly King is male maturity.

Because Midsummer in Australia falls close to the mainstream Christian festival of Christmas, a lovely traditional part of Midsummer celebrations is to ask Coven members to give small monetary donations, which can then be passed on to children’s charities. By doing this, we are acknowledging that although our faiths may differ, we are all part of the Australian community and have a responsibility towards caring for children – especially at this time of the year.

Healings, growth spells, empowerment spells, and love magick are all incredibly potent at this time of the year. It is a time when all things are possible, and the sprites and faeries of Midsummer Night can cause mischief in the mortal world. It is considered that the veil between the immortal and mortal worlds is thin at Midsummer, and that time can be stretched and twisted as the worlds are drawn closer together. 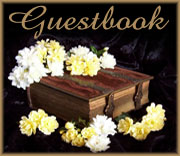